The “Full House” home in San Francisco is about to be filled up. 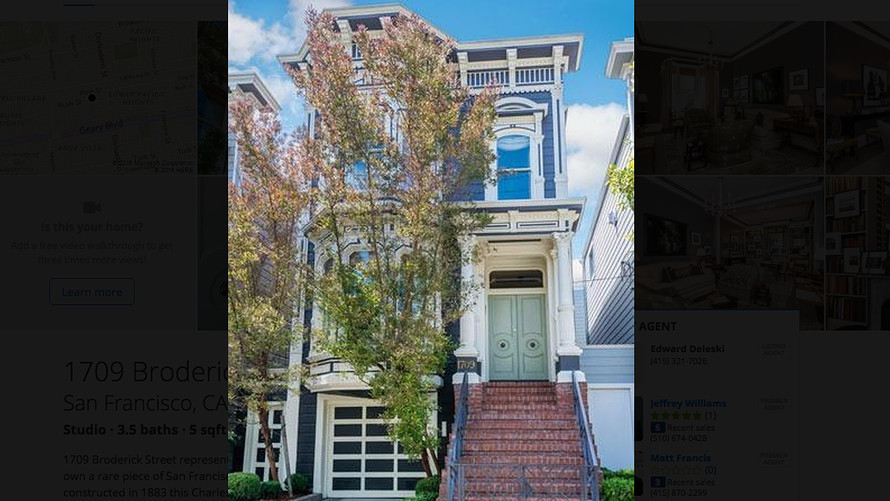 The Lower Pacific Heights house at 1709 Broderick St. in San Francisco, which served as the exterior for the hit ABC DIS, +0.04%   family show “Full House” and the recent “Fuller House” reboot on Netflix NFLX, -0.24%  , just sold for $4 million after about two-and-a-half months on the market, according to Realtor.com.The Italianate Victorian home, built in 1883, however didn’t sell for its listed price of $4.15 million, and it’s not a surprise to some real estate watchers, who say the sellers may have overestimated the appeal of the home amid increasingly softening luxury market in the City by the Bay. “Many sellers suffer from the ‘endowment effect,’ which is thinking our possessions are worth more than they are in reality,” Realtor Wendy Flynn told Realtor.com. “This is especially true when sellers have a unique property,” she said. And the neighborhood where the “Full House” home sits has seen prices fall 14.8% in the past year, Seattle-based Redfin said on July 21. Overall, prices for homes in San Francisco’s luxury market (which Redfin defines as the most expensive 5% of homes sold in the market) have now fallen two quarters in a row, down 11% from a year ago, Redfin said on Aug. 4 in a blog post as the East Bay city of Oakland becomes an option for buyers who have been priced out of San Francisco. The three-story home, designed by Charles Lewis Hinkel, a prominent San Francisco home builder in the Pacific Heights and Western Addition neighborhoods, was last sold for $1.85 million in April 2006, according to Zillow.com. At the $4 million selling price, a 30-year mortgage (given a 20% down payment of $800,000 and a 30-year fixed rate of 3.92%) would be a monthly payment of about $19,000. In 1990, while the show was filming for ABC, the house sold for a mere $725,000, or $1.3 million in 2016 dollars. The three-bedroom, three-and-a-half bath home was prominently featured as the exterior for the Tanner family’s house, though like other famous movie and TV homes the interior shots for the show, which ran from 1987 to 1995 and starred comedian Bob Saget, John Stamos and Dave Coulier as well as Ashley and Mary-Kate Olsen as Michelle Tanner, were filmed in a Southern California television studio.The house includes a walk-out landscaped rear garden, three marble fireplaces, built-in bookshelves, stainless steel appliances and a wine cabinet that can fit over 100 bottles.The median value for homes in Lower Pacific Heights is $1.17 million, though homes within a mile of the Broderick Street address have recently sold for between $3 million and $6 million and Zillow estimates that neighboring homes on the same street could sell for as much as $4.7 million.SOURCE: http://www.marketwatch.com/story/full-house-home-in-san-francisco-on-the-market-for-415-million-2016-06-01
« Previous  |  Next »