These six properties carry nine-figure price tags -- but their sale prices may end up being quite a bit lower. 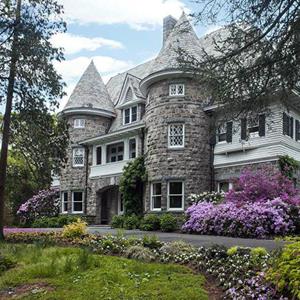 By Robert Frank, CNBCAt least a half-dozen homes in America are priced at $100 million or more. The question is which — if any — will actually sell for nine figures in 2014? The $100 million sale seems to have become an annual rite of passage for the luxury real estate market since the end of the financial crisis, a number that seems to sum up both the rising wealth of the super rich and their growing appetite for trophy properties. In 2011, Yuri Milner bought a mansion in Los Altos Hills, Calif., for $100 million. In 2012, Stan Kroenke bought a $132.5 million Montana ranch. And in 2013, a mansion in Woodside, Calif., sold to an unnamed buyer for $117.5 million.There is no shortage of homes officially listed for $100 million or more. And there are even more $100 million-plus "whisper listings" — homes that aren't publicly on the market but are quietly seeking buyers at that price. Yet most homes priced at $100 million or more end up selling at a fraction of that price. The Versace mansion inMiami, also known as Casa Casuarina, was on the market this year for $125 million. It sold at auction for $41.5 million. The Candy Spelling Estate in Bel-Air, Calif., was listed for $150 million but sold to heiress Petra Eccelstone for $85 million.Here are some of the candidates, and their likelihood to break the $100 million mark next year.Copper Beech Farm, Greenwich, Conn. Asking price: $140 million. Copper Beech is a stunning piece of land, with 50 acres and 4,000 feet of water frontage, in one of America's richest neighborhoods. But brokers say it's mainly a development play, because the house is not all that spectacular. The question is whether a developer would be able to spend $100 million, build homes on the site and still make enough of a return.Owlwood Estate in Holmby Hills, Calif. Unofficial asking price: $150 million. California seems to be the land of $100 million sales recently, and this home could be a contender. It's not officially listed, but brokers say the Tuscan estate, with 10 acres and a classic 12,000-square-foot mansion, could well trade for nine figures.The de Guigne Estate, Hillsborough, Calif. List price: $100 million. This 47-acre property has been owned by the same family — the de Guignes — for more than 150 years. The 16,000-square-foot home and grounds are just 20 minutes from San Francisco, making it ideal for a newly minted tech billionaire or foreign buyer interested in a foothold in the tech world.Steve Cohen Duplex, New York City. List price: $115 million. Embattled hedge fund billionaire Steve Cohen is selling this massive duplex at One Beacon Court in Manhattan. The apartment spans about 9,000 square feet with double-height windows and big views of the city. There are more and more sky-high duplexes coming on the market in the city, but brokers say Cohen's pad is a solid contender for a nine-figure sale.The Residence at River House, New York City. List price: $130 million. River House is an unusual offering, to say the least. It's a five-story building that serves as a private club and would need a huge investment to turn into a new private residence. But it's a colossal 62,000 square feet and has a riverfront garden and 62-foot indoor swimming pool. Probably only a Middle East royal or a Russian oligarch would consider the purchase.Crespi Hicks Estate, Dallas. List price: $135 million. Private-equity chief Tom Hicks is asking $135 million for his 25-acre estate in Dallas. It's a unique property, with more than 40,000 square feet of living space. But breaking the $100 million would be a big leap in the Dallas market. Source: http://realestate.msn.com/blogs/post--which-dollar100-million-home-will-sell-in-2014#scpshrjmd
« Previous  |  Next »