President John F. Kennedy and Jacqueline Kennedy Onassis vacationed at the home as part of their honeymoon. 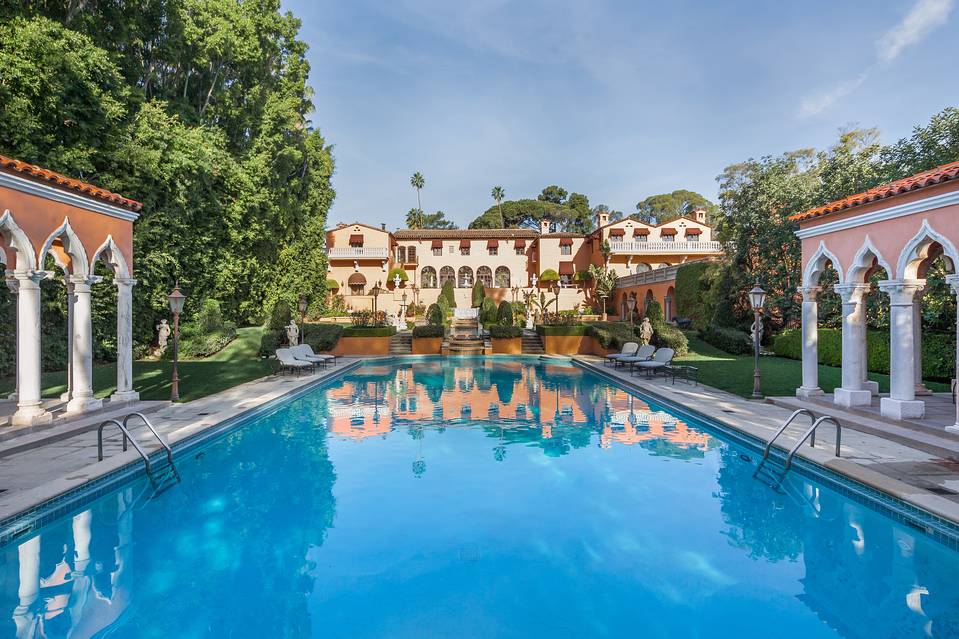 Known as the Beverly Compound, the property includes a mansion previously owned by William Randolph Hearst and actress Marion Davies.PHOTO: LEONARD ROSS
A Beverly Hills estate once owned by William Randolph Hearst and featured in the movie “The Godfather” will list for $195 million—up 18% from its last formal listing price of $165 million in 2007. The owner, Leonard Ross, an attorney and real-estate investor, is selling the Beverly Compound, a roughly 5-acre estate with six structures. Including the 50,000-square-foot 1927 Hearst property there is a total of about 28 bedrooms and 38 bathrooms. A subsection of the property, on about 4 acres and including the Hearst mansion, will also be available for $175 million. The mansion was last officially on the market in 2007 for $165 million and was taken off of the market the next year. It has since been leased at a monthly rate of $600,000. In addition to Mr. Hearst, the newspaper magnate, the mansion was later owned by actress Marion Davies. President John F. Kennedy andJacqueline Kennedy Onassis vacationed at the home as part of their honeymoon. Scenes in “The Godfather” were filmed in the home, as were scenes from “The Bodyguard.” 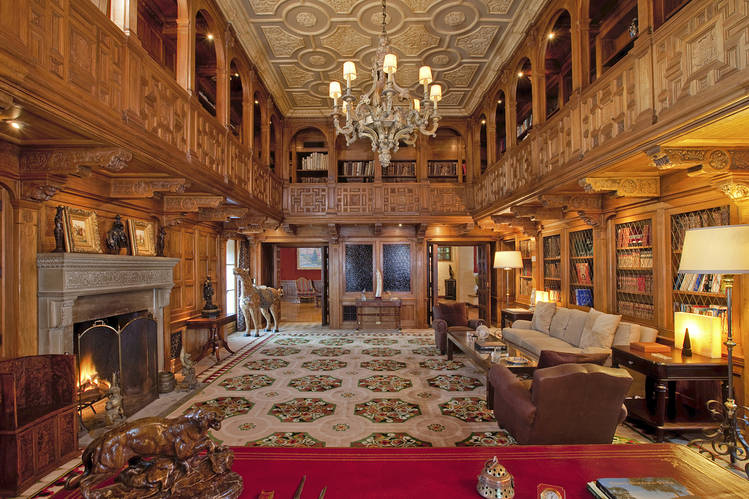 President John F. Kennedy and Jacqueline Kennedy Onassis vacationed at the home as part of their honeymoon.PHOTO: LEONARD ROSS
Mr. Ross bought the property about 40 years ago for less than $2 million as an investment property, he said. He added about 20,000 square feet during a 1990s renovation and said parts of the home have bullet-proof glass windows. (He has had many high-profile renters, including royalty, Mr. Ross said.) The estate features a 725-foot-long driveway leading to the H-shaped mansion. There is a lighted tennis court, and two ponds that flow into a long pool. A roughly 6,600-square-foot seven-bedroom guest house has its own pool, and can be roughly doubled in size, Mr. Ross said. Mr. Ross, 71, says he is selling because “he’s getting up there” in age.Mauricio Umansky of the Agency has the listing. SOURCE: http://www.wsj.com/articles/william-randolph-hearst-mansion-in-beverly-hills-seeks-195-million-1473198211?cx_navSource=cx_picks&cx_tag=poptarget&cx_artPos=1#cxrecs_s
« Previous  |  Next »